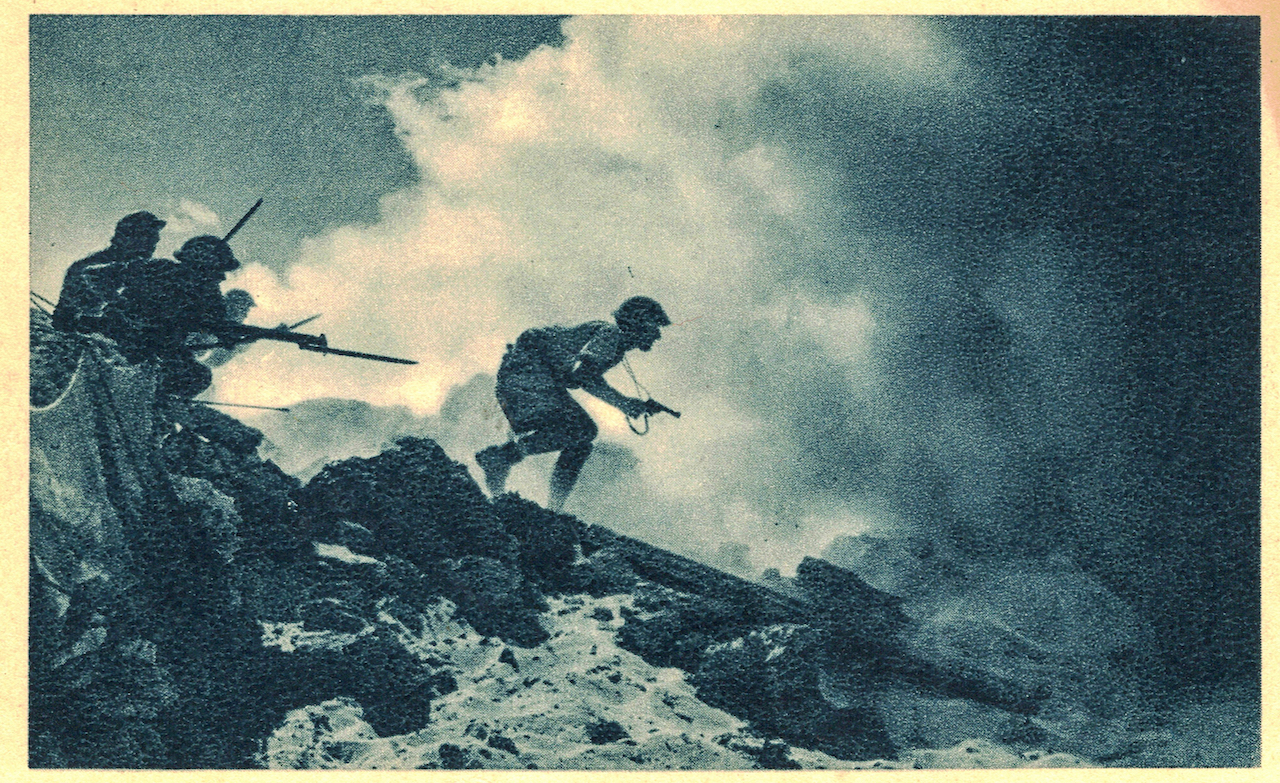 You walk into an office or click onto a company video call and you soon pick up the “atmosphere”. People will say, “there is a bad atmosphere here” as if it is the fault of the room itself.

The best leaders know that nothing good happens unless they take control of developing the right working atmosphere. One of the best examples of this was demonstrated by Field Marshal Montgomery in 1942 under the most challenging of circumstances (see picture above).

He was fondly known as Monty, and he delivered one of THE game-changing speeches of the Second World War.

At that time Rommel was only a few days away from the Suez Canal and access to the oil resources of the Middle East. According to many, this would have given Germany victory.

After a relatively quiet couple of years for Monty, Churchill gave him the biggest challenge of his life, the command of the 8th Army in the Western Desert. On hearing of his appointment Monty is reported to have said, “After having an easy war, things have got much more difficult”. A colleague told him to cheer up to which Monty retorted, “I’m not talking about me, I’m talking about Rommel!”

What was waiting to greet Monty in the desert on 13th August 1942 was a broken, demoralised and dispirited 8th Army. On the plane to Africa, knowing that he had some challenges, he took out pen and paper. He wrote a speech that would leave everyone in no doubt of his intentions and how they could be part of the success.

“I believe that one of the first duties of a commander is to create what I call “atmosphere”, and in that atmosphere, his staff, subordinate commanders, and troops will live and work and fight.

I do not like the general atmosphere I find here. It is an atmosphere of doubt, of looking back to select the next place to withdraw, of loss of confidence in our ability to defeat Rommel, of desperate defence measures by reserves in preparing positions in Cairo and the Delta.

All that must cease. Let us have a new atmosphere.

Our mandate from the Prime Minister is to destroy the Axis forces in North Africa. I have seen it, written on half a sheet of notepaper. And it will be done. If anyone here thinks it can’t be done, let him go at once. I don’t want any doubters in this party. It can be done, and it will be done, beyond any possibility of doubt.

He ended 10 minutes later with the line…

The great point to remember is that we are going to finish with this chap Rommel once and for all. It will be quite easy. There is no doubt about it”.

The 8th Army triumphed of course and changed the course of history.

As a junior manager in the 80’s I was sent on just one training course. The tutor used this legendary speech to illustrate the value of setting a tone as a leader and making expectations clear. People can then either buy in or get out. Throughout my career, I have never forgotten the importance of communicating and the importance of having the right working atmosphere, both in person and virtually.

Here are 3 things I have learned to enhance an atmosphere:

If you want people to go on a journey with you, let them know where they are going and what the expectations are. Remove doubt and affirm certainty. Create the right working atmosphere and extraordinary things can happen.