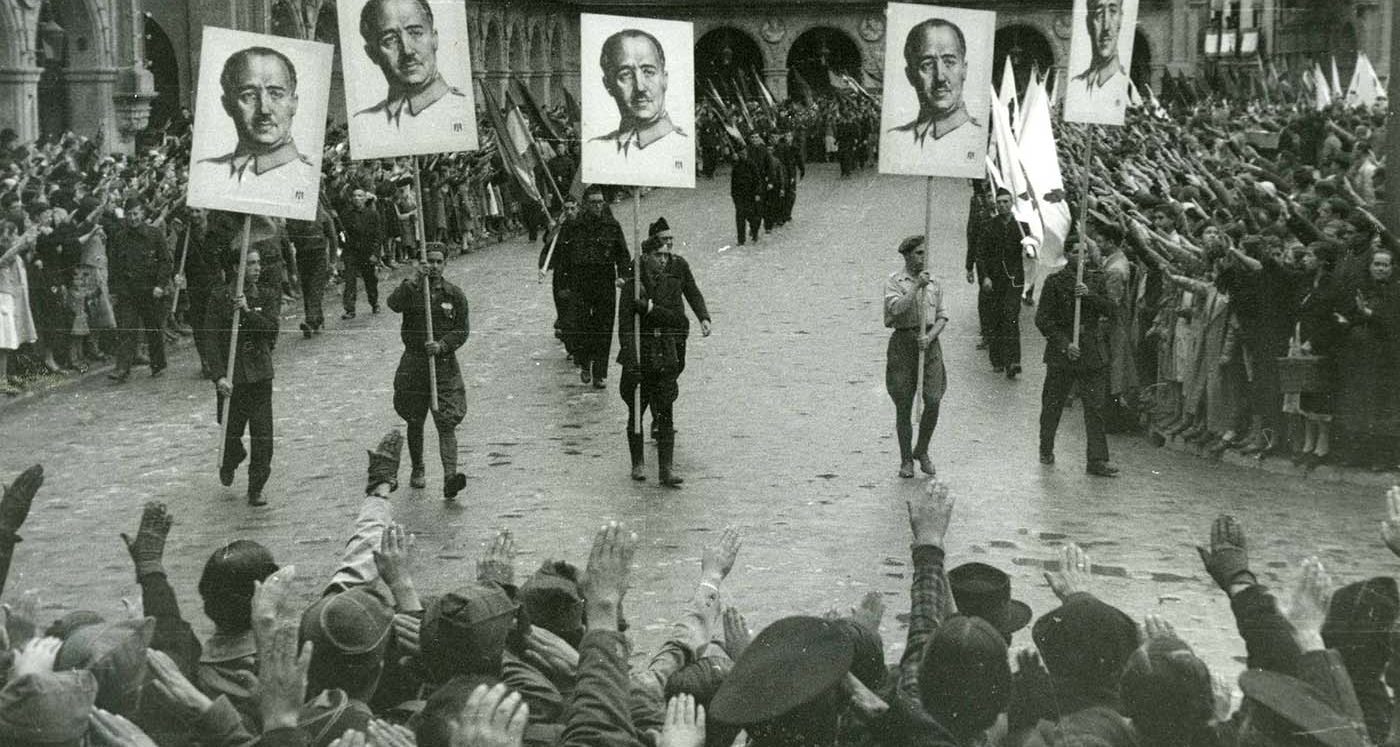 It is remarkable that the rule of Generalissimo Ferdinand Franco lasted thirty-six years. It is astonishing to learn that he was so personally un-remarkable, ‘un mediocre’, as the Spanish say.

Contemporary descriptions paint a bland portrait. Franco was physically un-prepossessing – short, pot-bellied, high-pitched voice. He was not obviously intelligent, with no understanding of economics. His conversation was narrow and repetitious. He was very cautious. He had no small talk and never joked.

However, Franco will be remembered for his utterly ruthless conduct of the Spanish Civil War (1936-39) and the systematic terrorising and murder of his enemies right up until his death in 1975. He was only interested in staying in power and did so with instinctive cunning, skilful manipulation, and po-faced sang-froid as he shifted allegiance. He always denied he was a dictator and saw himself as the saviour of Spain against his life-long enemies of communism, socialism and freemasonry. He juggled adroitly the competing interests that supported him – the catholic church, landed aristocracy, monarchists and extreme right-wing parties. He ignored or placated international critics. He was loyal to no-one apart from his family, which he enriched corruptly. He enjoyed considerable popular support and signed death-warrants over lunch.

Perhaps the most remarkable thing about Franco is the speed with which he has been forgotten. This is deliberate. Spain needed to heal deep wounds and decided that a ‘pacto del olvido’ (pact of forgetfulness’) was needed for a bloodless transition to democracy, which happened at astonishing speed.

But none of us, especially as we look on in horror what is happening in Ukraine, should forget that a mediocre person can be one of the most destructive on earth. 350,000 Spaniards died during the Civil War. 500,000 fled into exile. Another 150,000 were murdered between 1939 and 1975. Franco was responsible for half a million deaths in the face of international impotence. That must not be forgotten; nor should the banality of his evil. Putin is Franco’s heir.

How to find the pot of gold